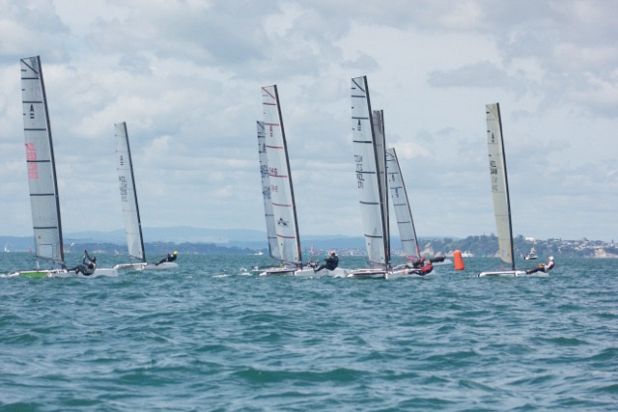 The Hella marine Auckland A-Class Championships were held at the Wakatere Yacht Club over the weekend. 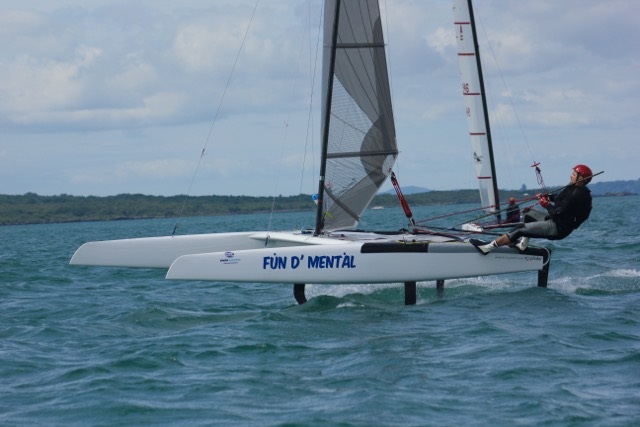 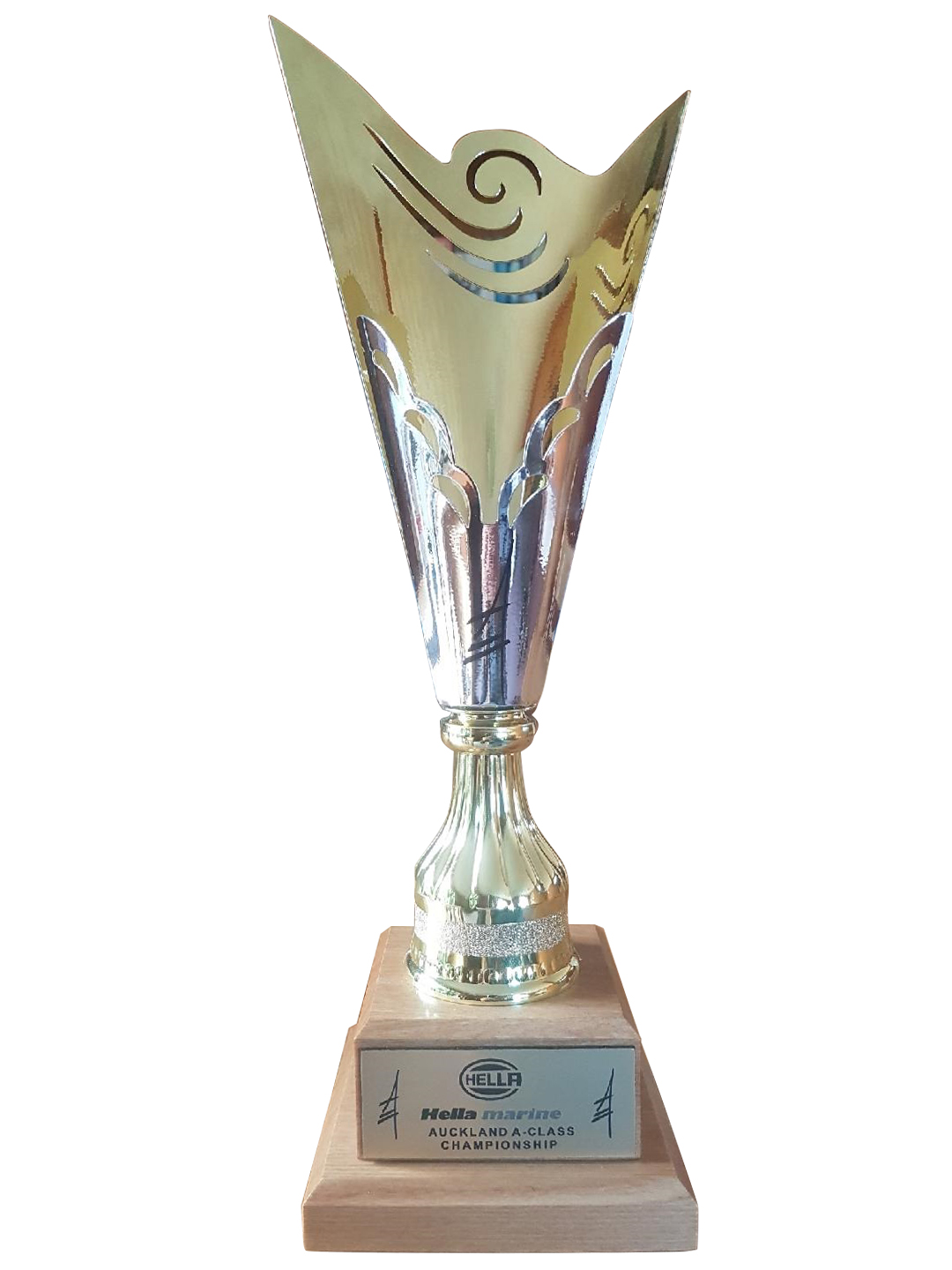 Day 1
The first day started with a South West breeze 8-15 knots, flat water - perfect conditions for racing. This suited the foiling boats very much. Four neck and neck races between Bruce and Matty ended in them dominating the day's points tied for 1st place on 7 points.
Competition for 2nd and 3rd place was also highly competitive - Steve and Brent both on the 2nd place with 18 points, Ed and Pat were tied for 3rd with 20 points. Ed sailing his new AD3 had improved in leaps and bounds to record a 2nd & 3rd placing.
This made the floaters wishing that they were sailing flying boats...! 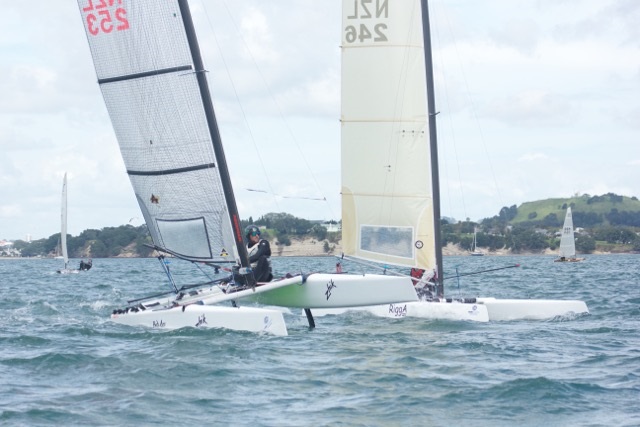 Day 2
Bought a very different day! There was a brief glimmer of hope when a nice South Westerly breeze filled in and five boats sailed out to the race course. Sadly the wind dropped to nothing and they decided to head back to the beach.
After waiting for 3 hours a nice light north easterly breeze came in and it was game on!

Bruce continued his dominating form from yesterday to record a 1st and 2nd in the last two races and to be crowned "Hella Marine Auckland A Class Champ!". His strong competitor Matty Hart came 2nd and Pat Ashby secured 3rd after winning the final race. 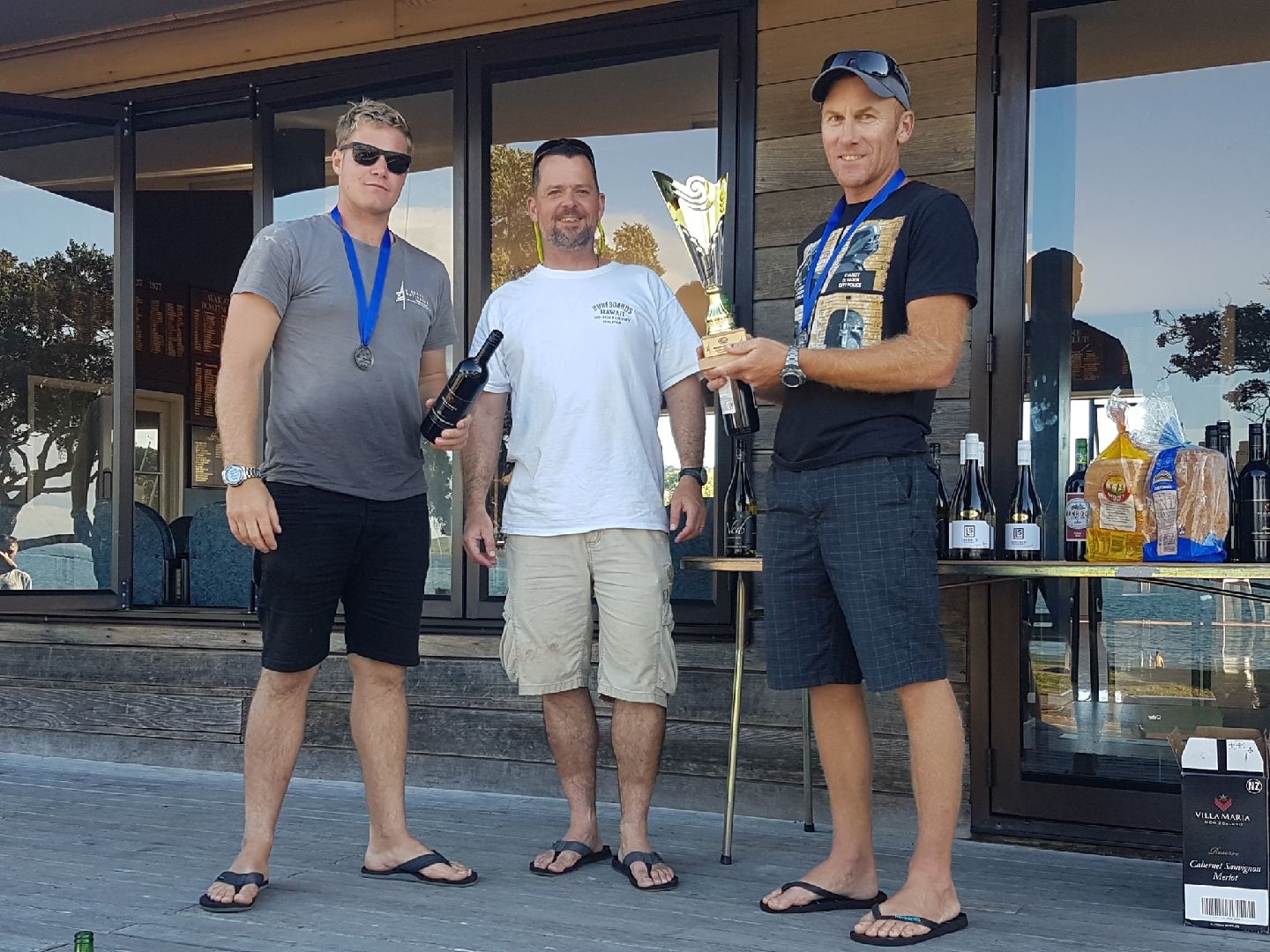