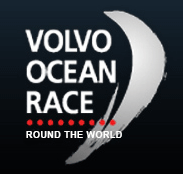 Hella marine LED technology on board for next Volvo Ocean Races.

Hella marine has been appointed sole lighting supplier for the one design Volvo 65 yachts that will contest the next two editions of the Volvo Ocean Race.

The exceptional reliability of Hella marine's high-tech LED technology was thoroughly proven in the previous edition of the Volvo Race on board CAMPER with Emirates Team New Zealand, Team Telefónica, PUMA Ocean Racing and Groupama.

For the 2014/15 and 2017/18 races, Hella marine will supply a mix of standard and customised LED navigation, LED interior and LED exterior products. "We are very proud of our reputation for energy efficiency and outright durability,” said Jeremy Singleton, General Manager at Hella marine. “CAMPER had a great race round the world and the lighting systems performed perfectly with faultless reliability." The Volvo is one of the harshest tests of endurance for any racing yacht. Boats, crews, materials and equipment are pushed to extreme limits.

“It is an honour to be recognised and involved once again, this time as sole lighting supplier for the next editions of the race. The confidence in our LED technology from some of the world’s best sailors is testament to the fact that Hella marine delivers proven reliability throughout this extremely demanding event.”

UK-based Green Marine leads the consortium of four boat yards building the new high-performance racing yacht, designed by Farr Yacht Design in the United States. Work is well underway and the first boat will launch in June 2013 with further boats being finished in the following months. Other Volvo 65 builders are Persico in Italy, Decision in Switzerland and Multiplast in France.

The Volvo Ocean Race 2014-15 will once again provide the sport’s ultimate test of seamanship and teamwork while playing out great human drama as sailors battle everything the oceans can throw at them over nine months of fierce competition.

The race has recently announced the first team for what will be the 12th edition, with global hygiene and forests products company SCA entering an all-female crew.