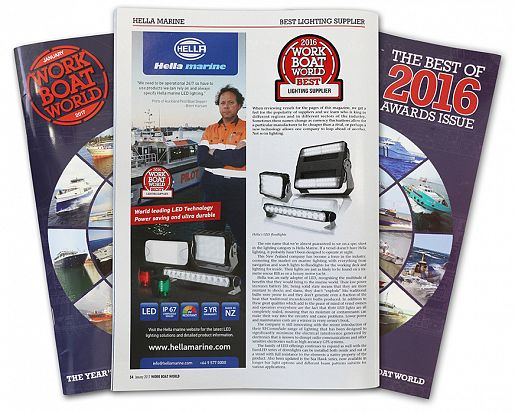 "The one name that we're almost guaranteed to see on a spec sheet in the lighting category is Hella marine. If a vessel doesn't have Hella marine lighting, it probably hasn't been designed to operate at night."  Dave Thornton - Editor of Work Boat World magazine. 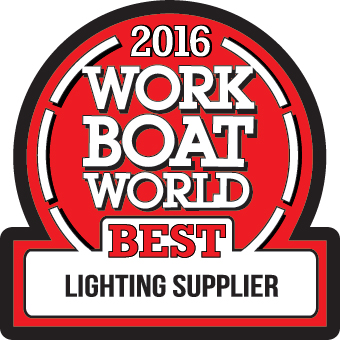 Below is an extract from the January 2017 issue of WORK BOAT WORLD.

When reviewing vessels for the pages of this magazine, we get a feel for the popularity of suppliers and we learn who is king in different regions and in different sectors of the industry. Sometimes these names change as currency fluctuations allow for a particular manufacturer to be cheaper than a rival, or perhaps a new technology allows one company to leap ahead of another. Not so for lighting. 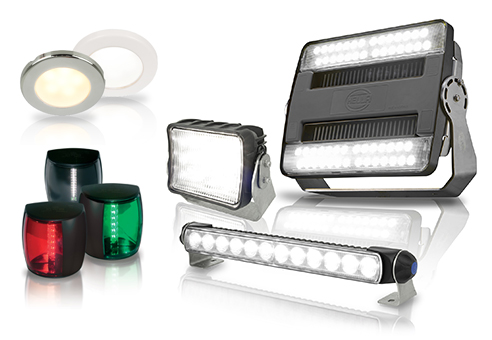 The one name that we're almost guaranteed to see on a spec sheet in the lighting category is Hella marine. If a vessel doesn't have Hella marine lighting, it probably hasn't been designed to operate at night.

This New Zealand company has become a force in the industry, cornering the market on marine lighting with everything from navigation and search lights to flood lights for the working deck and lighting for inside. Their lights are just as likely to be found on a six-metre rescue rib as a luxury motor yacht.

Hella was an early adopter of LED, recognising the multitude of benefits that they would bring to the marine world. Their low power increased battery life, being solid state means that they are more resistant to shocks and slams, they don't "explode" like traditional bulbs were prone to and they don;t generate even a fraction of the heat that traditional incandescent bulbs produce. In addition to these great qualities which add to the peace of mind of vessel owners and operators everywhere are the fact that their LED lights are all completely sealed, meaning that no moisture or contaminants can make their way into circuitry and cause problems. Lower power and maintenance costs are a winner in every owner's book.

The company is still innovating with the recent introduction of their RFCommSafe range of lighting that has been designed to significantly minimise the electrical interference generated by electronics that is known to disrupt radio and communications and other sensitive electronics such as high accuracy GPS systems.

The family of LED offerings continues to expand as well with the EuroLED series of downlights can be installed both inside and out of a vessel with full resistance to elements a native property of the product. Also been updated is the Sea Hawk series, now available in a longer bar light options and different beam patterns suitable for various applications. 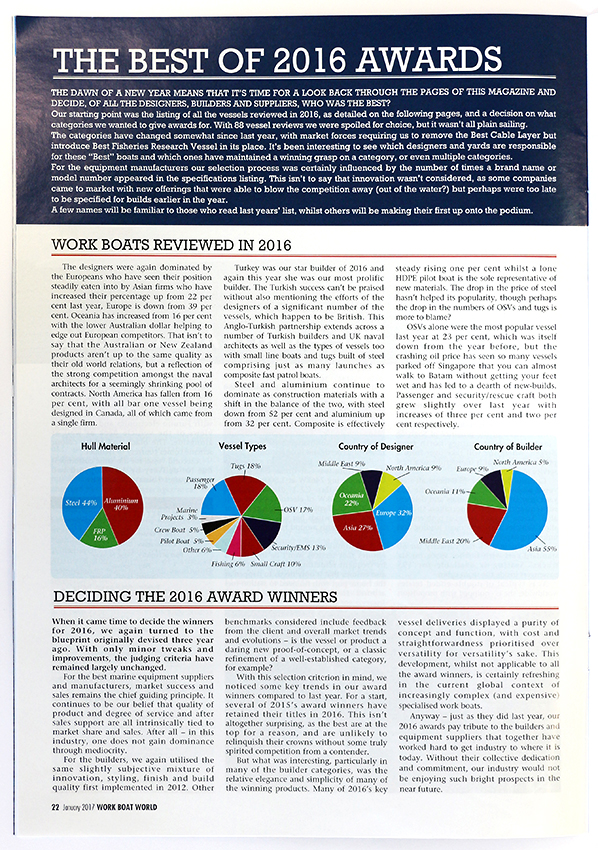